the “Lighthouses” illuminathe the runways

Did you know that the runway is illuminated in Ostend in an unconventional way?

Planes are guided by lighthouses!

At the beginning of 2013, Ostend-Bruges International Airport started its transformation when the Flemish government gave the French Egis the concession and the management of the airport, under the leadership of Mr. Marcel Buelens. A new identity, new destinations, the modernization of the infrastructure, all these successful ingredients are combined to give the airport new ambitions in Belgium, Europe and worldwide.

For several days now, passers-by can notice that the change is taking place. To emphasize this evolution, the airport, the city of Ostend, under the impluse of Mr. Jean Vandecasteele, former mayor, and the Flemish Region elected to welcome new guests, “lighthouses”, on the forecourt of the airport. Lighthouses is a monumental Corten steel statue of more than ten meters high, symbol of Ostend-Bruges airport. This creation is the fruit of the Ostend based artist, Jacky De Maeyer, born in 1938 in the heart of the city by the sea. Various works of the artist are also present at Brussels Airport, where a painting and a sculpture “Winged” can be admired.

A resident of the peaceful Luchthavenstraat in Ostend, a world traveler, and defender of the development of the airport, the artist was naturally appointed to carry out this project. The sculpture "Lighthouses" ("Phares" in French and "Vuurtorens" in Dutch), is a recognition and a strong signal for travelers who use Ostend airport, queen of the seaside cities.

Lighthouses composed of three large towers, representing the Belgian regions. The artwork supports the West Flemish airport to break through the cliché of a regional airport. Year after year, the airport has repeatedly proven its strategic importance for the entire country and neighboring countries. Lighthouses crowned with three monumental heads, a robust structure looking towards the horizon, and Ostend-Bruges Airport join forces to achieve new goals together in Belgium and at international level.

Some of us will see eyes in it, a wink to the visitors, an invitation to travel. Others will expect a kiss, a “Bons baisers de Bruges”… d’Ostende-Bruges! 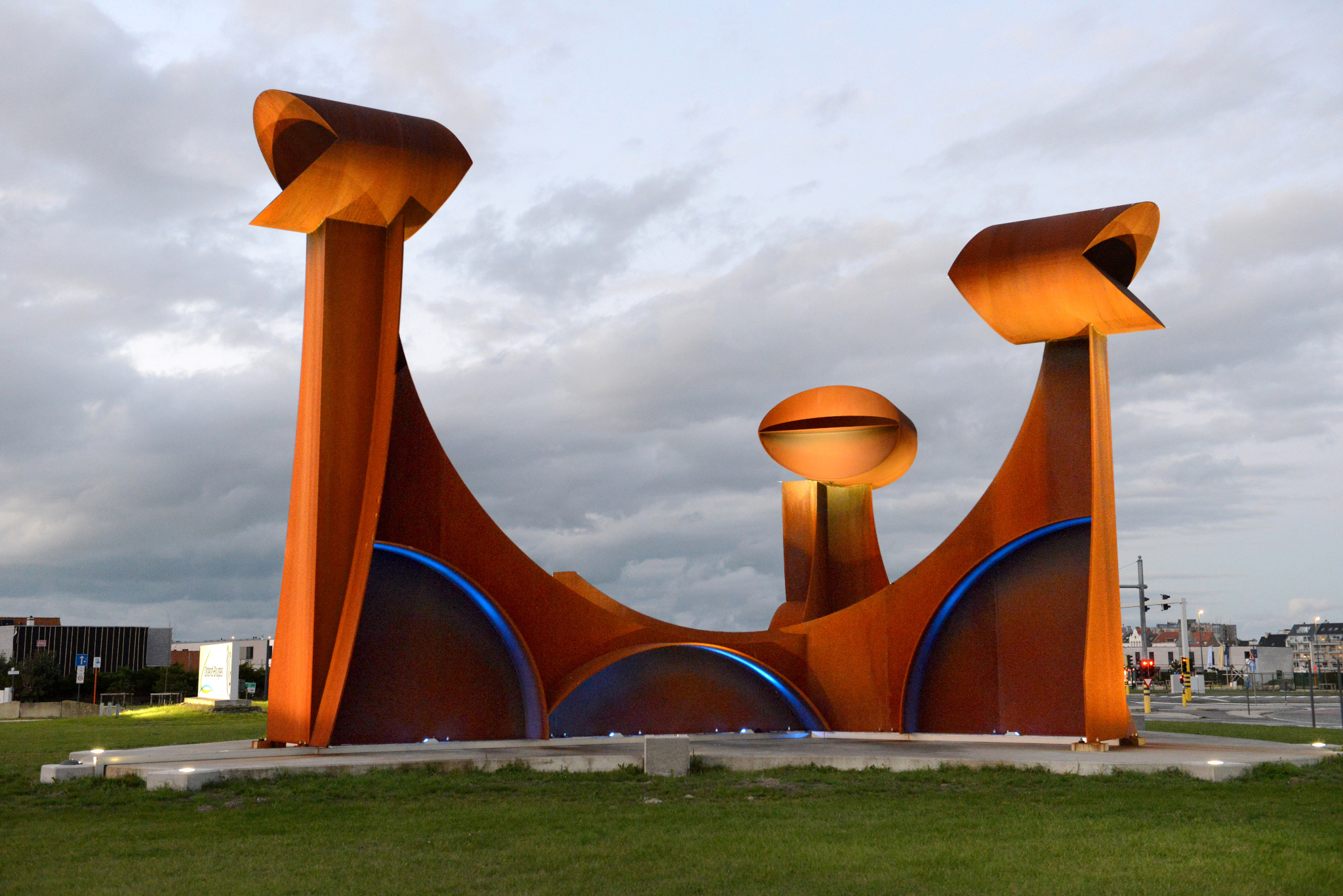 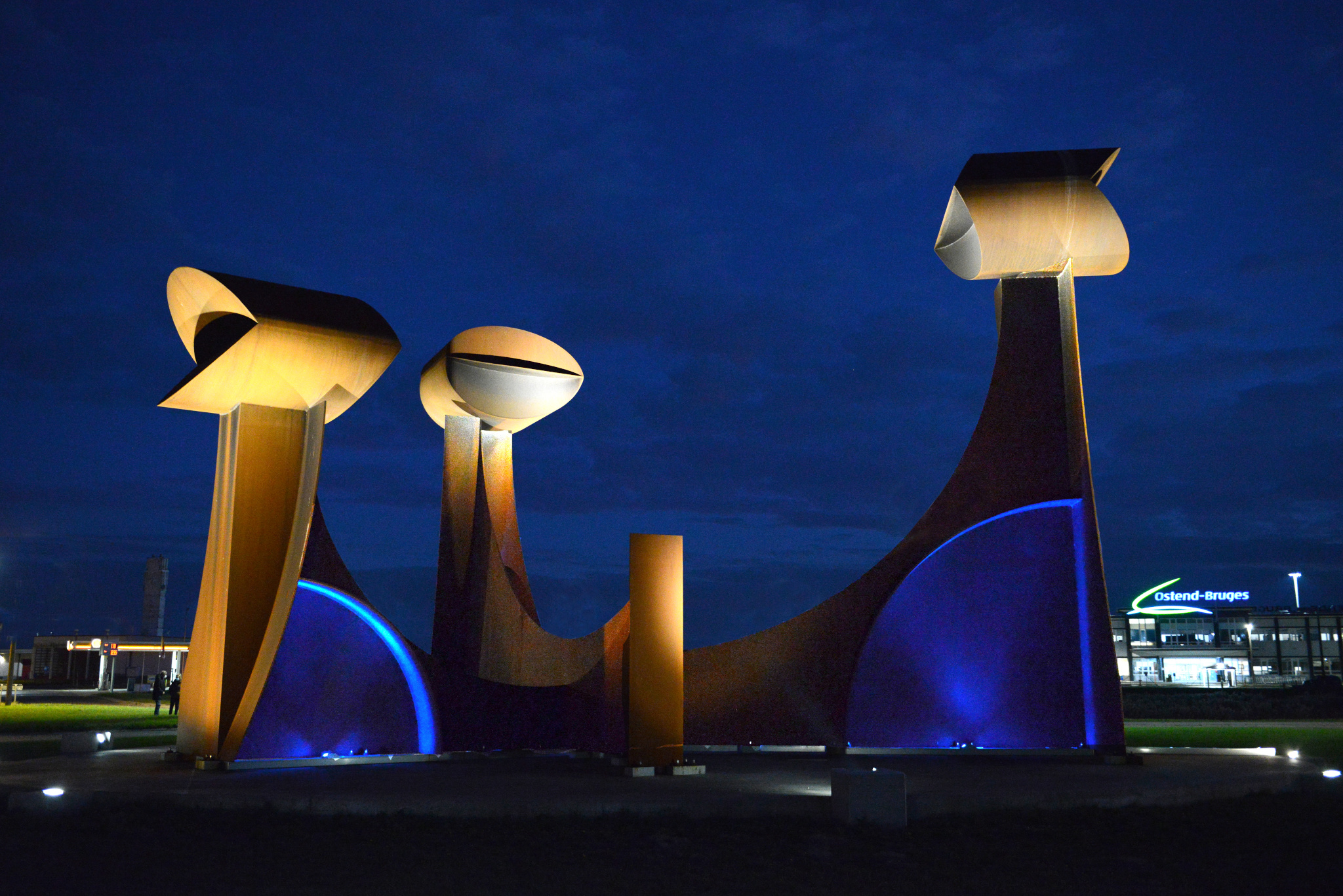 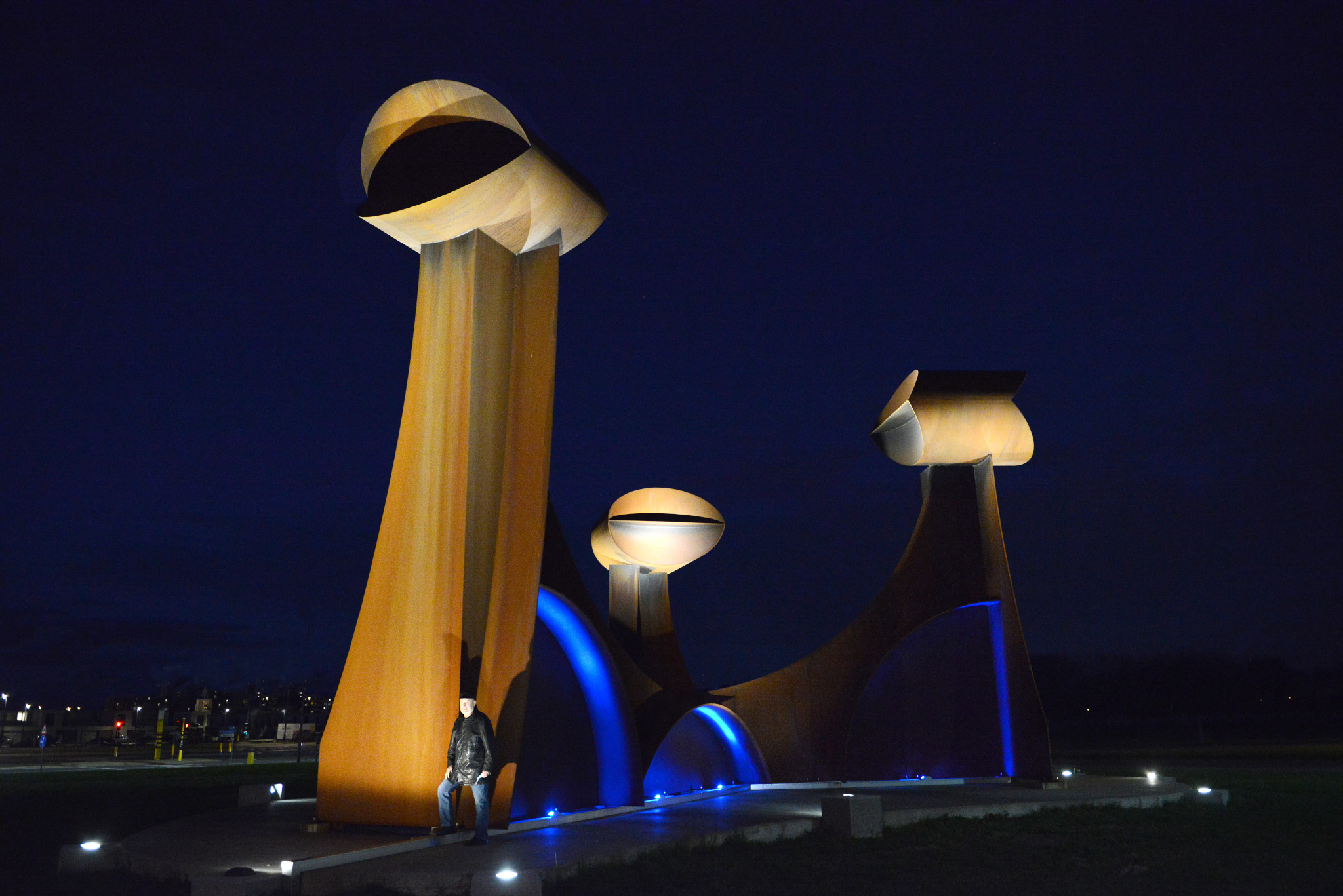 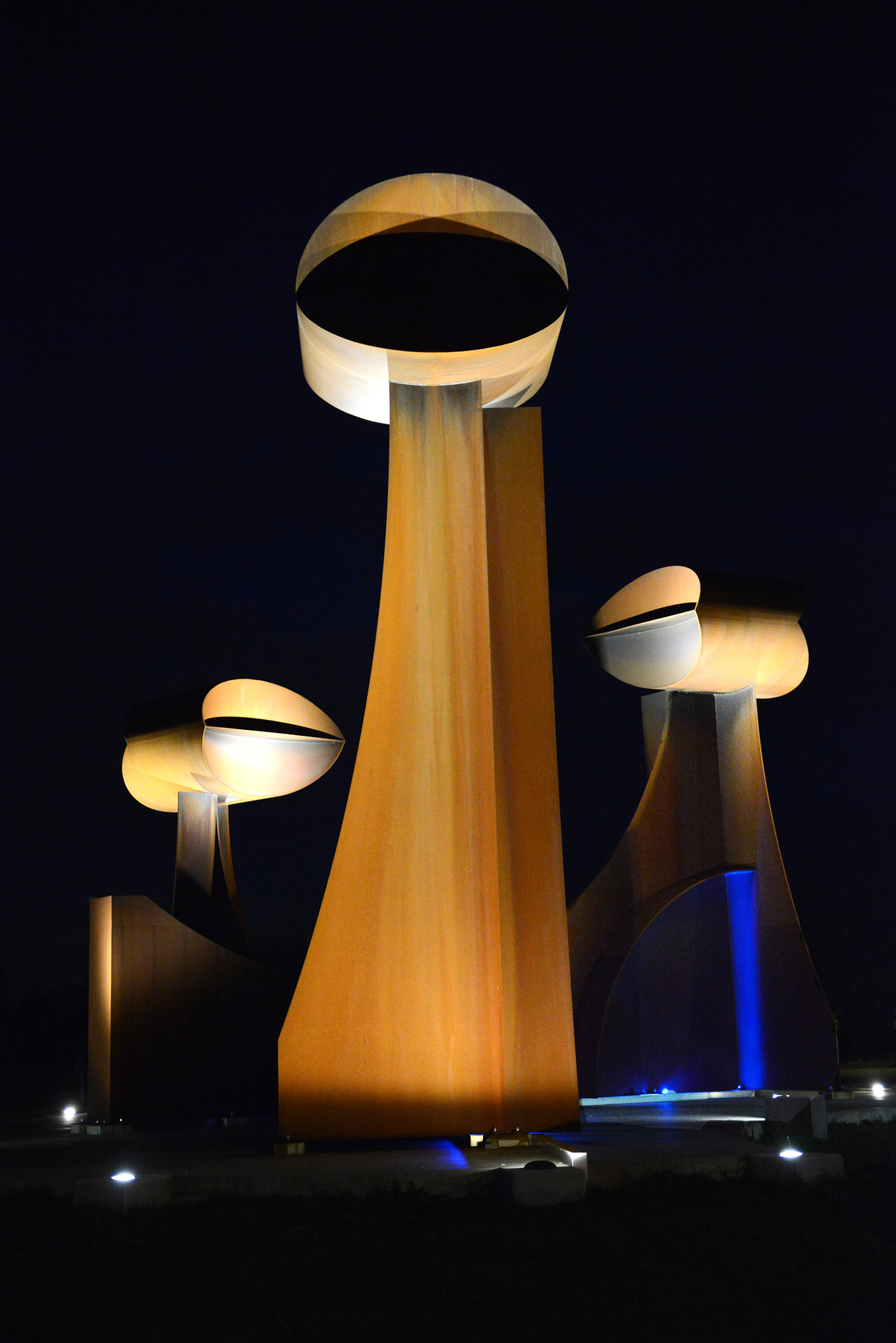